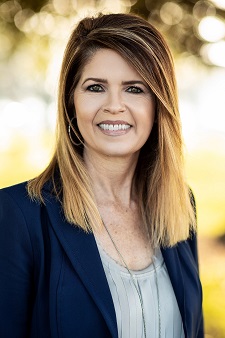 Barbara L. Rooney was appointed Director of the California Office of Traffic Safety (OTS) by Governor Gavin Newsom in August 2019. Rooney most recently served as Deputy Director of Legislation at the California High-Speed Rail Authority (CHSRA), where she represented the CHSRA on all legislative matters before the California Legislature and Congress. Rooney was instrumental in navigating numerous regulatory, environmental, political, funding and other challenges. She also oversaw the CHSRA’s management of $3.5 billion in federal grants awarded to California’s High-Speed Rail Program.

Rooney previously served in multiple positions at the California Department of Motor Vehicles (DMV) including Training Officer, Principal Legislative Analyst, Chief of the Departmental Training Branch, and Deputy Director of Legislation where she was successful in achieving favorable outcomes for the DMV and the people of California regarding hundreds of legislative measures aimed at improving traffic and public safety. Most notably, Rooney was widely recognized as the DMV’s expert in the body of law designed to discourage drivers from operating vehicles under the influence and played a vital role in the crafting of legislation for numerous other traffic safety areas of law.

As the OTS Director, Rooney manages more than $90 million in federal funding for traffic safety grants across the state. Rooney will set annual goals and priority areas for safety programs in the Highway Safety Plan and Strategic Highway Safety Plan aimed at reducing the number of victims killed and injured on California roads. She is also responsible for preparing an Annual Performance Report that highlights accomplishments in traffic safety efforts, as well as working with other agencies and partner organizations on new and innovative safety measures.